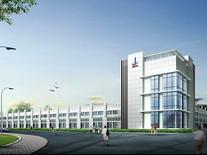 Sinosteel Maanshan Institute of Mining Research Co., Ltd., established in 1963 and directly subordinate to the former Ministry of Metallurgical Industry, is a large comprehensive research and development institution in China’s metallurgical mine field. It is one of the units that was approved early by the Academic Degree Awarding Committee of the State Council to have the autogenous right to award the master academic degree and also one of the units first approved by the State Economic and Foreign Trade Ministry to have the right to import and export products. The institute was transformed into a scientific and technological enterprise in 1999 and is now under China Sinosteel Group.

Sinosteel Maanshan Institute of Mining Research Co., Ltd. is a National Torch Program High-tech Enterprise. It has outstandingly completed a series of major national scientific and technological tasks from "the Sixth Five-year" to "the Eleventh Five-Year", and published over 2,500 academic papers at home and abroad. It owns all kinds of equipment and facilities consisting of more than 1,700 (sets), and over 50 supporting pilot plants. Sinosteel Maanshan Institute of Mining Research Co., Ltd. co-operated with the Chinese Academy of Sciences to develop an industrialized technique to produce high-performance hollow glass microspheres, filling a gap at home.

Sinosteel Maanshan Institute of Mining Research Co., Ltd. is located in Maanshan --- the National Civilized City, the National Sanitary City and the National Garden City. It’s described as "a branch of flower along the Yangtze River". The glass microspheres company covers an area of 20,000 m2, where several large-scale standard plants total up to 10,000 m2, and the integrated modern office buildings are 7,000 m2. It has obtained ISO9001: 2000 quality management system certification. With a fierce market competition, the company holds the business spirit of "quality, honesty, good service", and relys on the advanced technology and strong strength to provide customers with better products and services.

Thank you! Your message has been sent to the following suppliers.